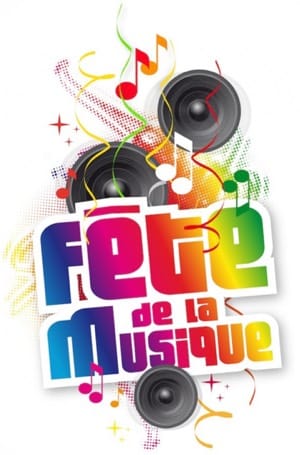 Every year in France the summer is commenced on 21 June by a music festival that is called "Fête de la Musique". Vaison la Romaine offers every year performances in various places in the city. All in all, a nice way for you to celebrate the beginning of the French summer. 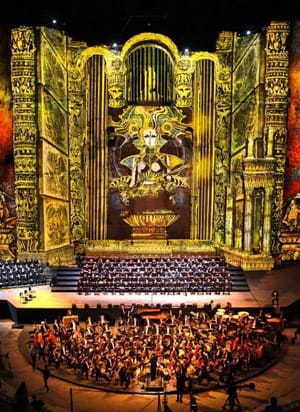 Every year an opera festival will be held in Orange in July and August. A must for any opera lover. The famous major operas are performed here with world-famous singers. Even if you are not immediately an opera fan, it is worth it because of the special location in the ancient Roman theater with its beautiful decor.
Prices range from 10 euros to 240 euros.
Visit the French-speaking website www.choregies.fr for more information. 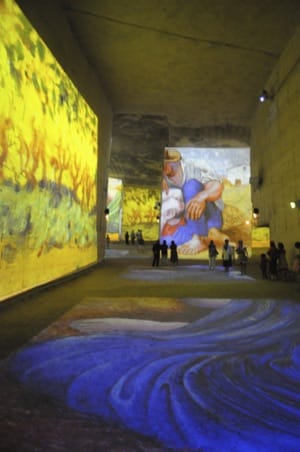 Under the name of Carrières Lumières you can enjoy a beautiful spectacle near Les Baux de Provence in an old quarry. In large spaces of a total of 7000 m2, art is projected accompanied by mostly classical music. Do not forget to bring some warm clothes because the temperature inside is constantly lower than the outside temperature. 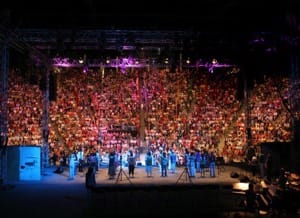 Once in every three years (last time in 2016), the festival of "Choralies" takes place in Vaison la Romaine during August. Choirs from all over the world come together here. It is very special to be a part of the audience in the impressive "Theatre Antique". We have already experienced a show were everybody sang around us. Many choir members also visit performances and know the lyrics.
www.choralies.fr 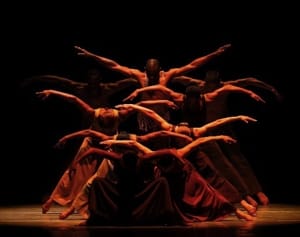 Every year an international dance festival is held in the antique theater of Vaison la Romaine in July. The performances are very different from classical ballet to modern dance. At this particular venue the dance performances are all special considering the fact that they take place in a centuries old theater.
Visit the website for more information www.vaison-danses.com

Lighting show at the papal palace in Avignon 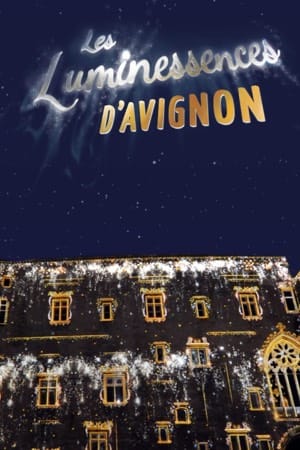 From August 12 to October 3, this year (2017) Avignon will again show a light show under the name of "Les Luminessences d'Avignon". The performance takes place on the Cour d'Honneur du Palais des Papes against the impressive facades of the Palais des Papes. The spectacle tells the history of the Papal palace through huge projections accompanied by music. The French-language version starts at 21.15 when it gets dark and there are also English-speaking performances at 22.15 on Mondays, Wednesdays and Fridays. Entrance fees are standard 10 € and there is a reduced rate of 8 € for children up to 17 years and for visitors with a passport of the palace visit on the same day and for seniors over the age of 60 when showing a proof of identity.
For more information visit www.lesluminessences-avignon.com

The versatile festival of Avignon 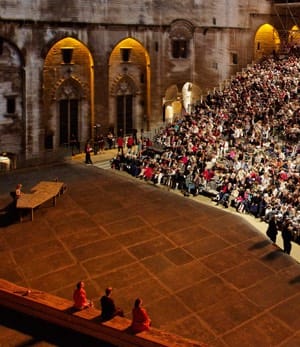 The photo was taken during an appearance on the magnificent cour d'honneur du Palais des Papes.
Each year the Avignon festival is organized in July. Everywhere in the city there are performances from street theater to classical music. In addition to many French-speaking offers there are also performances by international artists. It is nice to attend a performance spontaneously but for certain shows it is advisable to book in advance.
www.festival-avignon.com/en/ 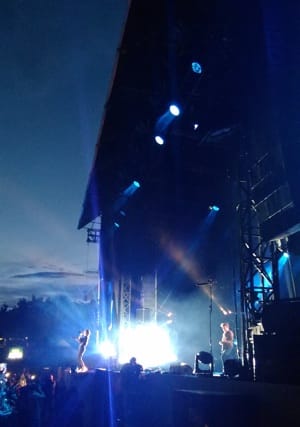 In 2016 (see photo) we went to the Aluna music festival in the Ardeche on the advice of French friends. Ok it was quit a ride from here... but a nice one. The festival grounds are wonderfully located and you can walk to the festival grounds over a hill in about 20 minutes. Of course there are French bands, good for French classes, but also English-speaking. A festival always has a special atmosphere with so many people together, in 2016 20,000, who have a lot of fun to enjoy intense music with good food and drinks around. So why not have a night out with a music festival on holiday to create an ever lasting memory?! The festival will always take place in mid-June.
www.aluna-festival.fr

Facilities in the area

We are in southern France at 24 miles (40 km) from Avignon and 74 miles (120 km) from Marseille. It is hilly here with many forests, vineyards and olive groves and the Mont Ventoux that extends everywhere. 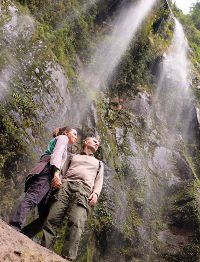 We will be very pleased to welcome you as our guest.
Judith Derksen & Frank Molenaar
1250 Chemin du Seguret
84340 Entrechaux